Like many Americans, I got a waffle maker for Christmas.

Around the same time, I found Birch Benders pancake and waffle mixes on Amazon.  And then they showed up at my local Costco!  All of a sudden, Birch Benders were everywhere.

What’s not to like about a company with such a cool name and fun illustrations on their packages?  I loved them from the minute I saw them, and the taste of their waffles did not disappoint me!  I liked them so much, that I bought extra packages, and even sent some as gifts.

The Paleo Mix is My Favorite

The waffle mix that really caught my attention was the Paleo mix, because it’s a low-carb option, perfect for someone with Diabetes.  It contains cassava root flour, along with almond and coconut flours.  It has a lot of fiber, which makes the net carb count only 11 grams per serving.  Regular waffles are a high carbohydrate food, but these Paleo waffles aren’t!  They do taste a bit different from regular waffles, but I find that they’re very delicious with berries on them.

All of the above are absolutely delicious.  All of them, except for the banana mix, produced thick, fluffy waffles.  The banana one was delicious but it didn’t get firm.  I tried it as pancakes but had similar results. 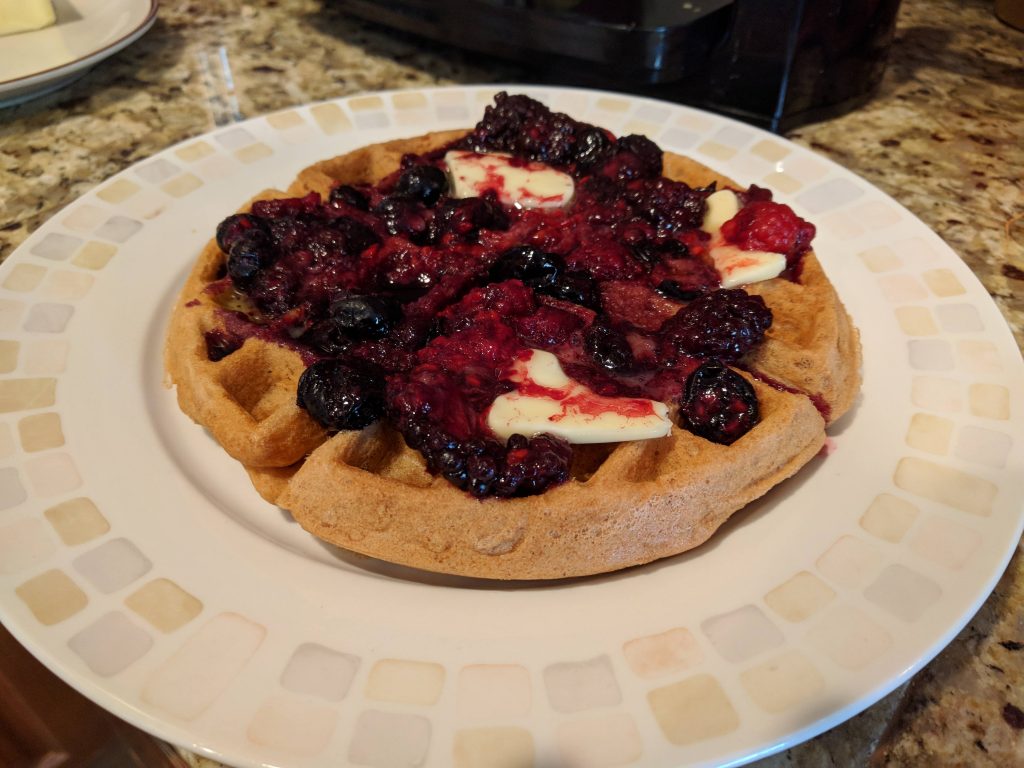 My favorite topping for waffles (and especially for the Paleo mix) is mixed berries!  I buy large bags of frozen mixed berries.  I heat a bowl of the berries up in the microwave until they’re steaming.  Then their berry juices really sink into the waffles!  This really transforms the Paleo waffles.  With such a low number of carbohydrates, I can eat them guilt-free for breakfast or even dinner!  Sometimes I eat turkey bacon and eggs with them, to increase the protein in the meal. 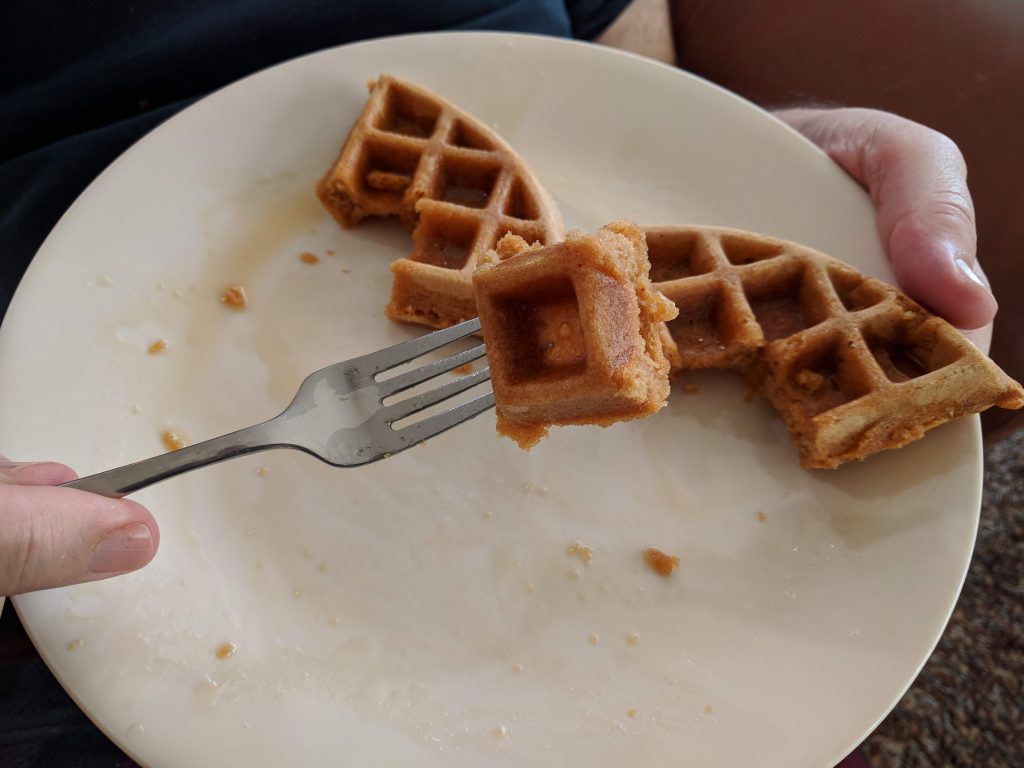